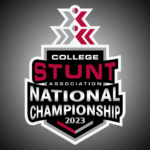 USA Cheer has announced the dates and locations for the 2023 STUNT College National Championships.  The Varsity DI, DII, DIII NCAA divisions and Club programs will share the stage in Texas at the beautiful University of Texas at Dallas campus from April 27th to the 29th. The NAIA divisions will return to Oklahoma City University, home of the first STUNT national championship on April 22nd & 23rd.

Learn more about the 2023 STUNT College National Championships at STUNTtheSport.org 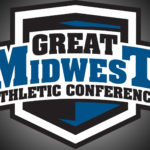 INDIANAPOLIS —  The Great Midwest Athletic Conference has announced the addition of STUNT as a championship sport for the 2022-2023 season. The inaugural Great Midwest STUNT conference championship will be conducted on March 31-April 1, 2023 and hosted by Ashland University.

STUNT, one of the fastest growing female sports in the country, incorporates the technical and athletic components of cheer, in which teams create short routines to compete against opponents. In a typical STUNT competition, four quarters are played that include partner stunts, pyramids and tosses, jumps & tumbling, and a team routine.

Current Great Midwest members that sponsor the sport of STUNT include Ashland University, Tiffin University, and Ursuline College with Walsh University adding the sport for the 2024 season. Additionally, there is the potential for several additional associate or full members joining for the 2023 or 2024 seasons.

“The Great Midwest is proud to be adding STUNT to the league’s annual championship programming,” said Great Midwest Commissioner Tom Daeger. “The fast-growing sport is another opportunity to provide championship competition for female student-athletes in our conference.”

“Our STUNT coaches and student-athletes are looking forward to having their sport recognized by the conference along with their fellow Great Midwest student-athletes,” added Daeger. “We are thankful for their engagement in this process and pleased to be answering their call.”

In April of 2020, the NCAA Committee on Women’s Athletics (CWA) recommended the addition of STUNT as an emerging NCAA sport. The CWA reaffirmed that recommendation in February of 2022 as NCAA divisional membership considers it at the 2023 NCAA Convention.

The CWA noted the continued growth in high school STUNT sponsorship and participation, the steady increase in the number of member institutions sponsoring the sport, and the support from USA Cheer in addition to several other items as compelling rationale to include STUNT as an emerging sport for women. 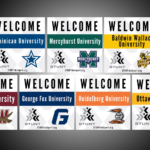 At least 7 new programs will be starting their inaugural STUNT seasons in 2024!  Dominican, Mercyhurst, Baldwin Wallace, Walsh, George Fox, Heidleberg, and Ottawa (KS) are all currently building their programs and recruiting athletes to join other 54 college programs already playing in the upcoming 2023.  Find out more about STUNT and how to implement a STUNT program at your institution at STUNTtheSport.org 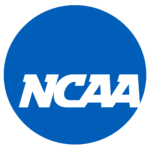 The NCAA Division I, Division II, and Division III Councils will sponsor legislation to add STUNT as an emerging sport for women in their respective divisions. The legislation will be up for a member vote at the January 2023 NCAA convention. [read more…]

Learn more about STUNT at the college level here. 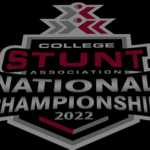 Three sites have been chosen for the 2022 STUNT National Championships!  Select each site below to find out more information! 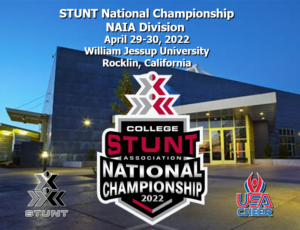 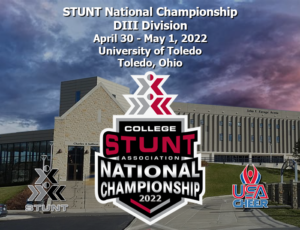 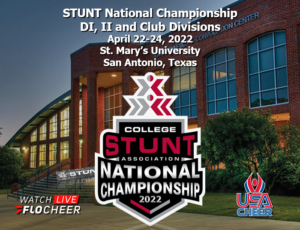 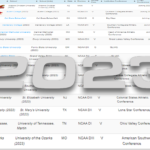 STUNT continues to grow, with at least 15 college programs set to join in during the 2022-23 season!  See the list of current and incoming teams, as well as an interactive map to show where teams are playing, all at STUNTtheSport.org! 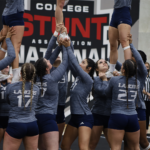 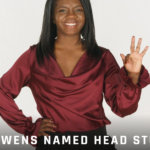 “I am thrilled to announce Jasmine Owens as the first STUNT Coach at Texas Woman’s,” said TWU’s Athletic Director Sandee Mott. “She is exactly the leader we were looking for to build a nationally competitive team as she has vast experience as both a former student-athlete and coach. Coach Owens is well respected at all levels in the STUNT world and has the credentials to launch our program on a solid foundation. We are so excited to add STUNT and know it will enhance Pioneer Athletics.”

One of the fastest growing female sports across the U.S. #STUNTtheSport

We are thrilled to welcome our newest NCAA Divisio

We are excited to welcome Malone University as our

Congratulations to our first ever Club STUNT Natio

STUNT moves forward with the NCAA as an emerging s

Wishing you very happy holidays and a heathy, peac

What is STUNT? Watch to find out what this excitin

Hear from Athletic Director’s why they love STUN

RT @BWAthleticsAD Excited to welcome our newest head coach and get to work building our newest program @STUNTtheSport @Ggloballywell will be a great addition to the department. #BWGrit twitter.com/bwathlet…